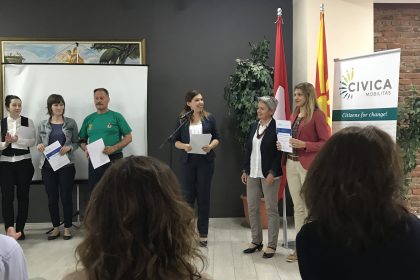 NEXUS – Civil Concept received a small action grant for the project titled “Platform for stimulating active citizens’ participation: Get Informed, Be active, Vote!”. The certificates for the awarded grants were handed by Swiss Ambassador H.E. Sybille Suter Tejada – “In such a sensitive political and social environment highlights the role of civil society in promoting dialogue in society”, she said.  Alexander Krzalovski, the National team leader of the program and the first CEO of MCIC,  in his speech said that “Civica mobilitas reached the planned critical mass of 100 large grantees, while the total number of supported organizations in a year and a half before the end of the program is 197”. 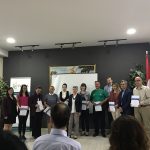 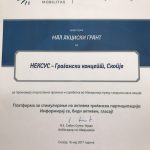