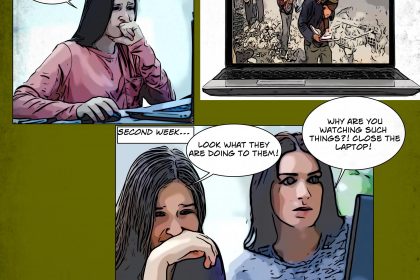 ReThink Radicalization that leads to Violence!

Radicalization in general is the action or process of causing someone to adopt radical positions on political or social issues.

However, the Radicalization is defined as a process whereby people adopt extremist belief systems—including the willingness to use, encourage or facilitate violence—with the aim of promoting an ideology, political project or cause as a means of social transformation.

Center for Prevention of Radicalization Leading to Violence (CPRLV)

Radicalism could be defined as: the opinions and behavior of people who favor extreme changes. The radicalized people tends to change quickly such as revolution to achieve their ideas or opinions.

The role of the family in prevention of radicalization leading to violent extremism is vital. They are the “front line” actor in identifying signs of possible
radicalization to violence, they can intervening in the radicalization process i.e. the families represent key partners in P/CVE efforts.